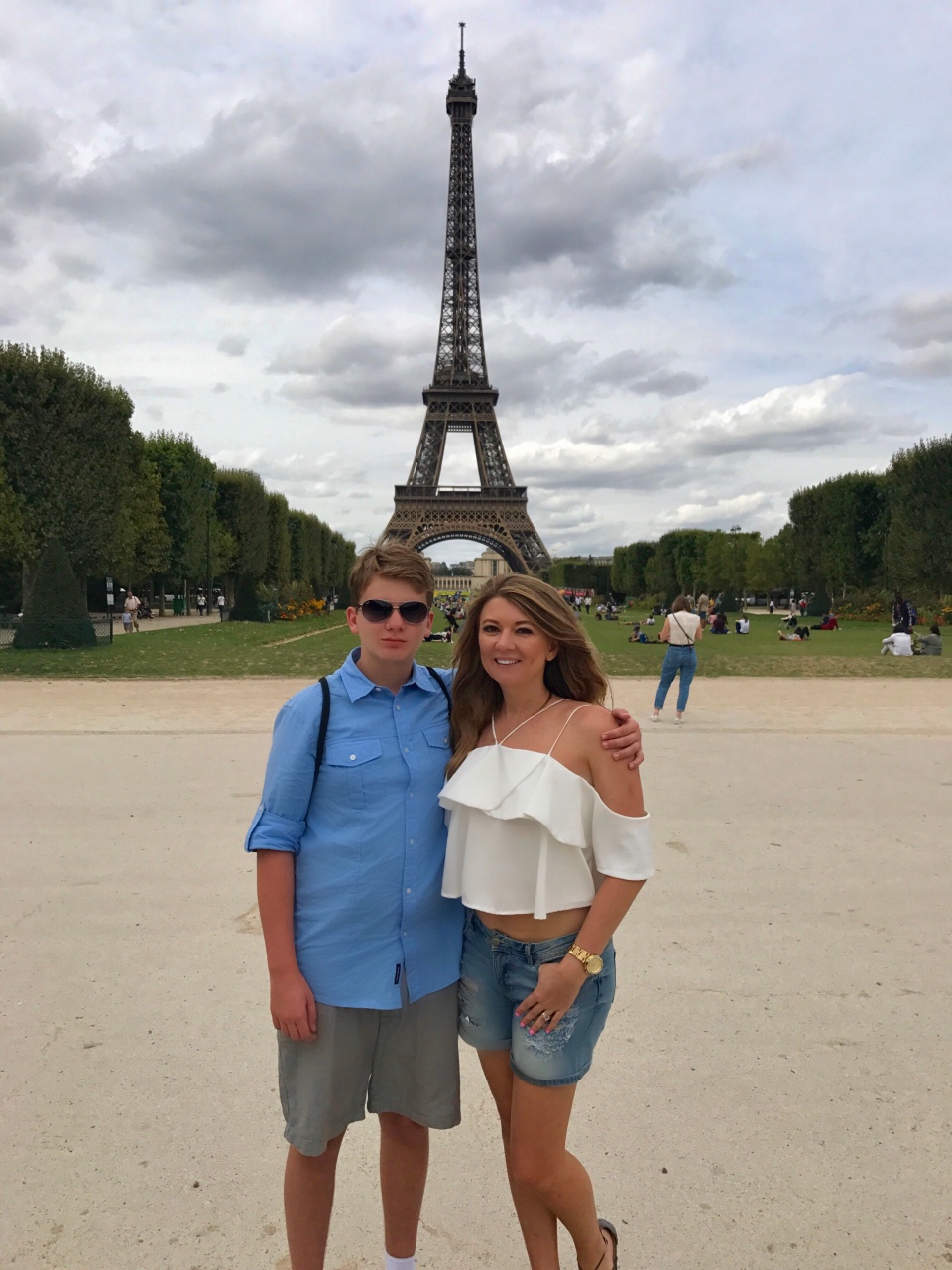 Last summer I spent 10 days in UK with my teenage son, one of the things we did is took a train to Paris for one day. Here is our itinerary that day:

I always wanted to take a train through the Channel Tunnel – it was on my never ending bucket list…hehe. Make sure you book your train tickets ahead of time because when you purchase them in advance they are a lot cheaper. I purchased our tickets through https://www.eurostar.com I think there is a train that goes to Paris every hour. The distance from London to Paris is about 215 miles and the ride is a little over 2 hours. You will be departing from St. Pancras International to Paris du Nord. If you booked your tickets in advance find one of the ticket kiosk inside the train station and enter your reservation code – your ticket will be printed. Remember that you have to get through customs as UK is not a part of EU so get to the train station at least one hour prior to your departing time. Do not worry if you have extra time left after going through customs and border patrol there are coffee shops inside. Just remember – trains there leave exactly on time.

We truly enjoyed our smooth ride, seats were comfortable and we purchased coffee and fresh croissants in one of the buffet bar that is available to anyone regardless of class.

When we arrived to Paris we went through another border patrol where we received pretty cute stamps inside of our passports. We caught a cab and drove straight to Eiffel Tower, we decided not to go inside and climb to the top as our time was limited in Paris and you have to allocate at least 2 hours for this tour. We walked around Eiffel Tower and grabbed early lunch in the nearby restaurant. 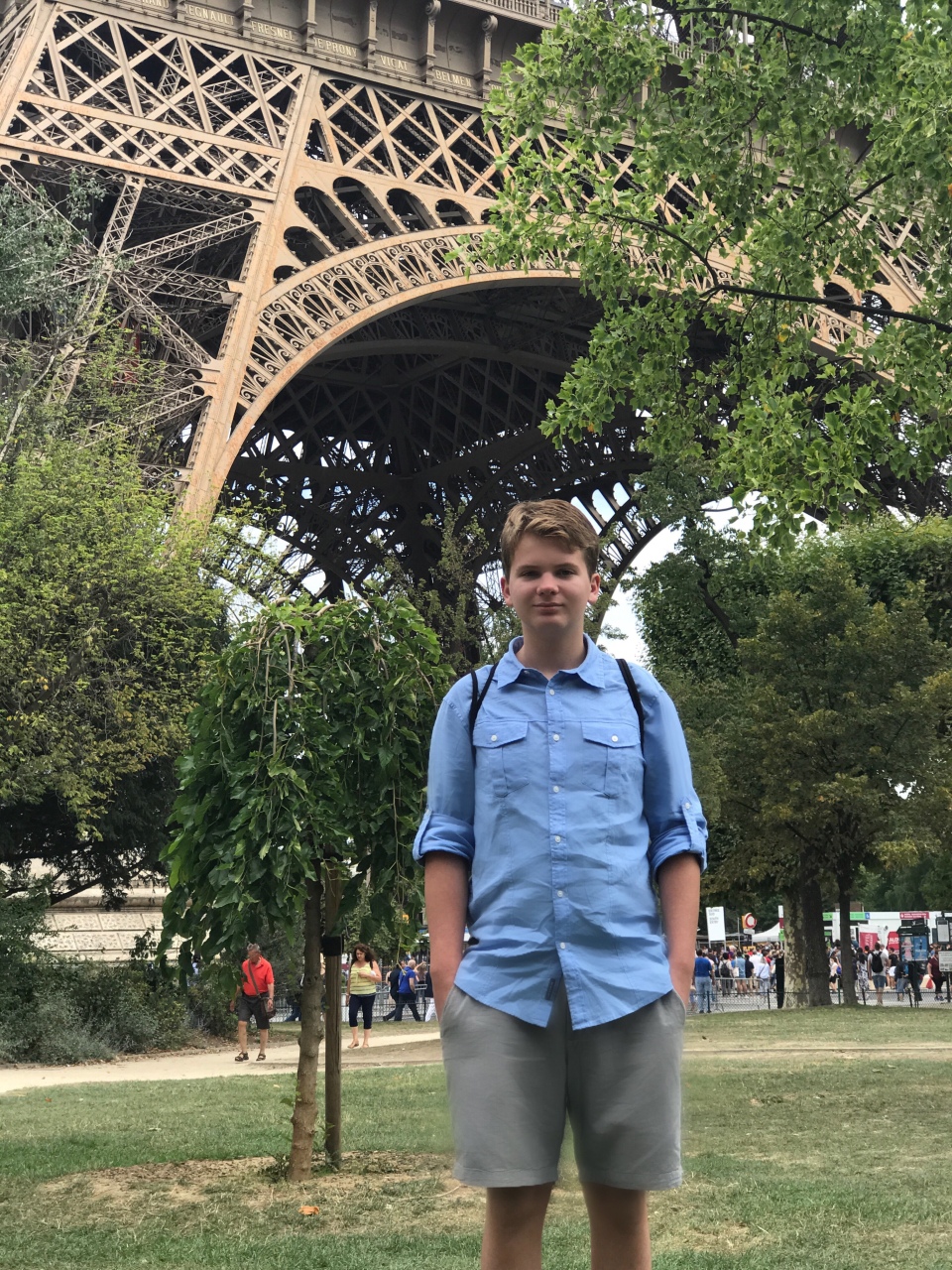 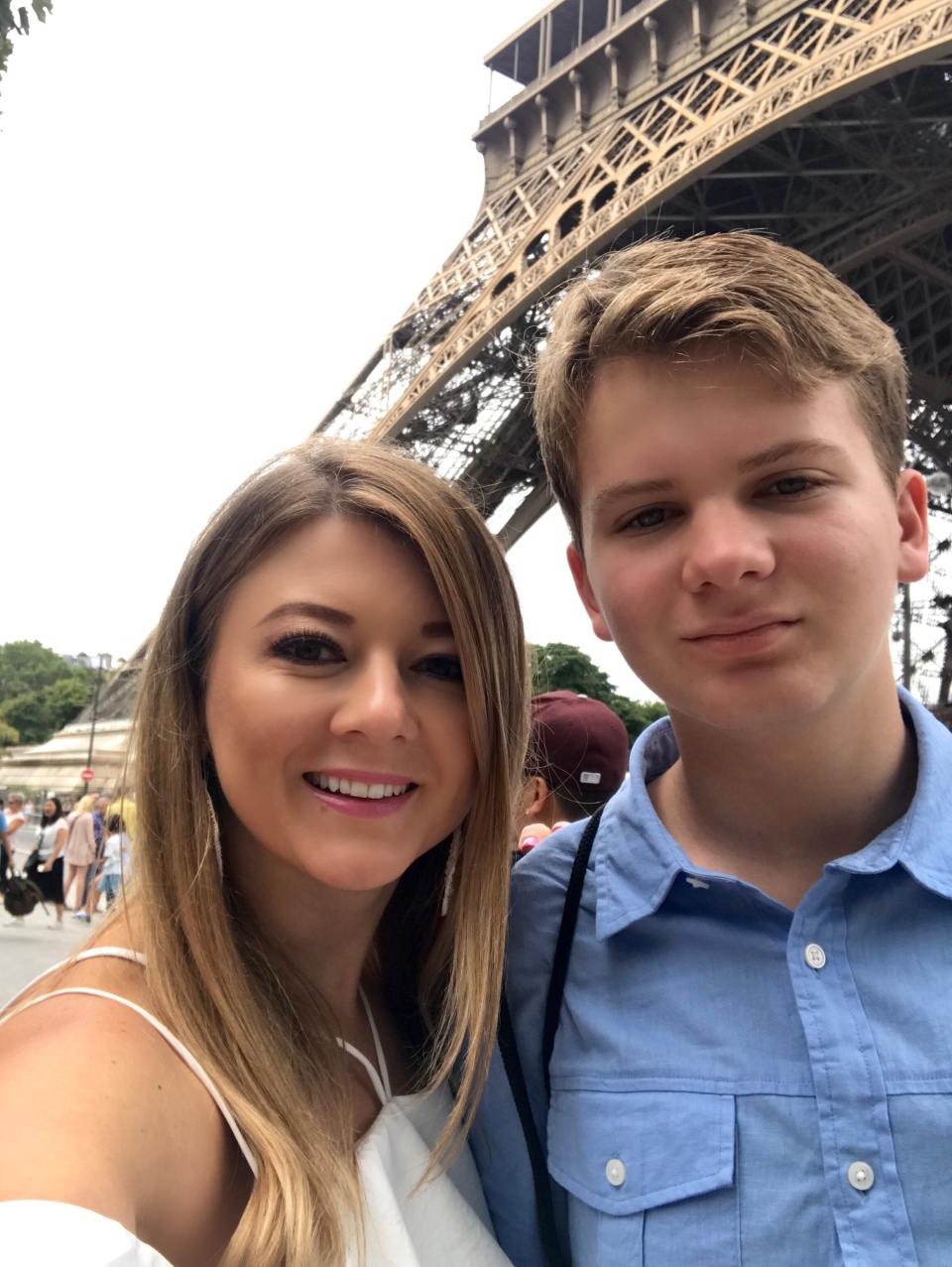 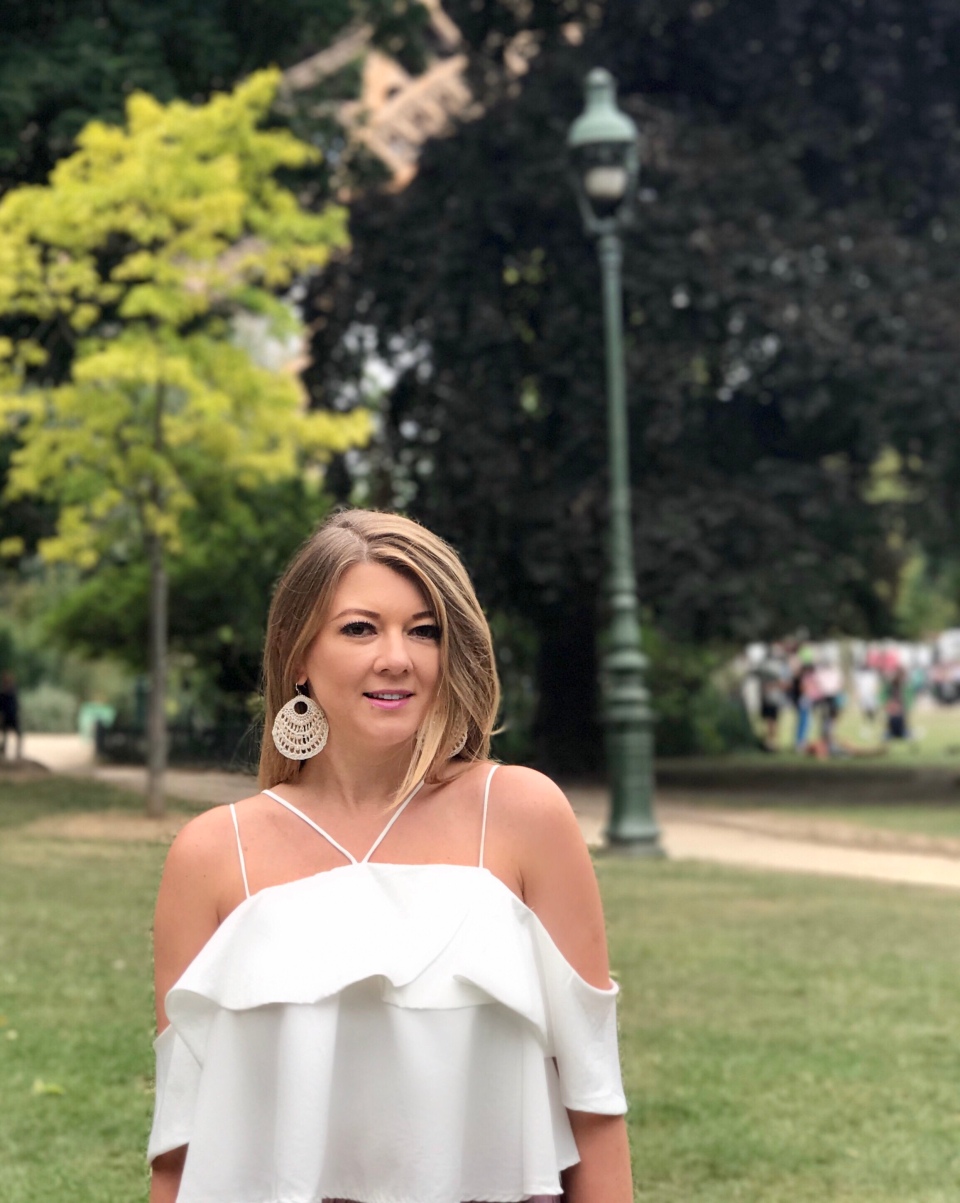 As soon as we finished our meal it was time for our Segway tour, which I booked ahead of time through https://www.fattiretours.com/paris We really like this company as we have used them previously. Christian was thrilled about Segway tour.. what teenager doesn’t like a motorized two wheeled vehicle? We had to take 15 minutes training session before we took off with the small group of people to go sightseeing. We had amazing time, the tour itself is about 2 hours and it takes you around Eiffel Tower, Ecole Militaire (Military Acedemy that was established in 1750), Napoleon’s Tomb, you will pass the Alma tunnel, Princess Diane memorial at the crash site next to River Seine and will make your way through Alexander III Bridge. Christian had a million questions about Military Academy and questioned if the actual remains of Napoleon do really lie beneath of Le Dome des Invalides. 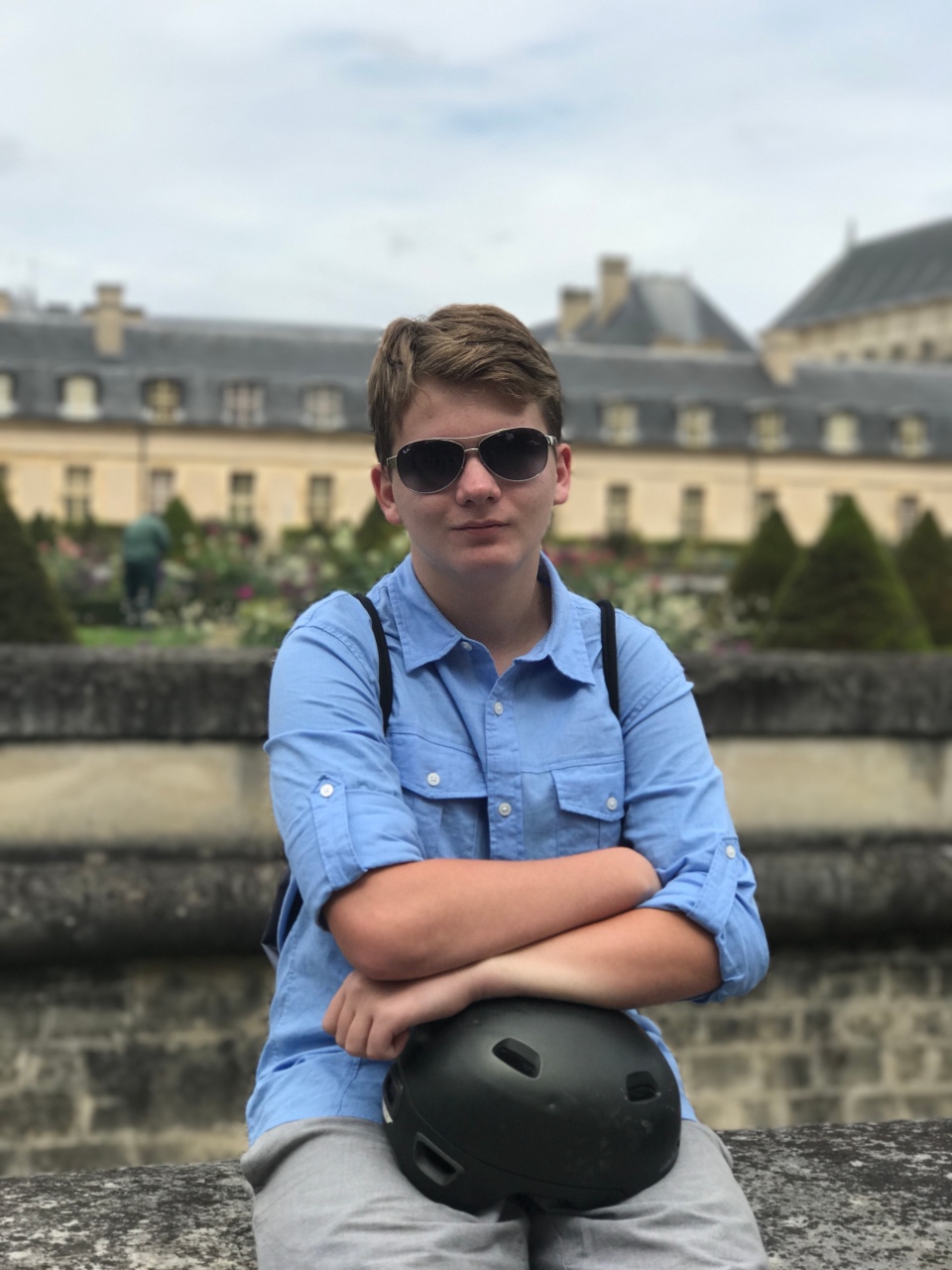 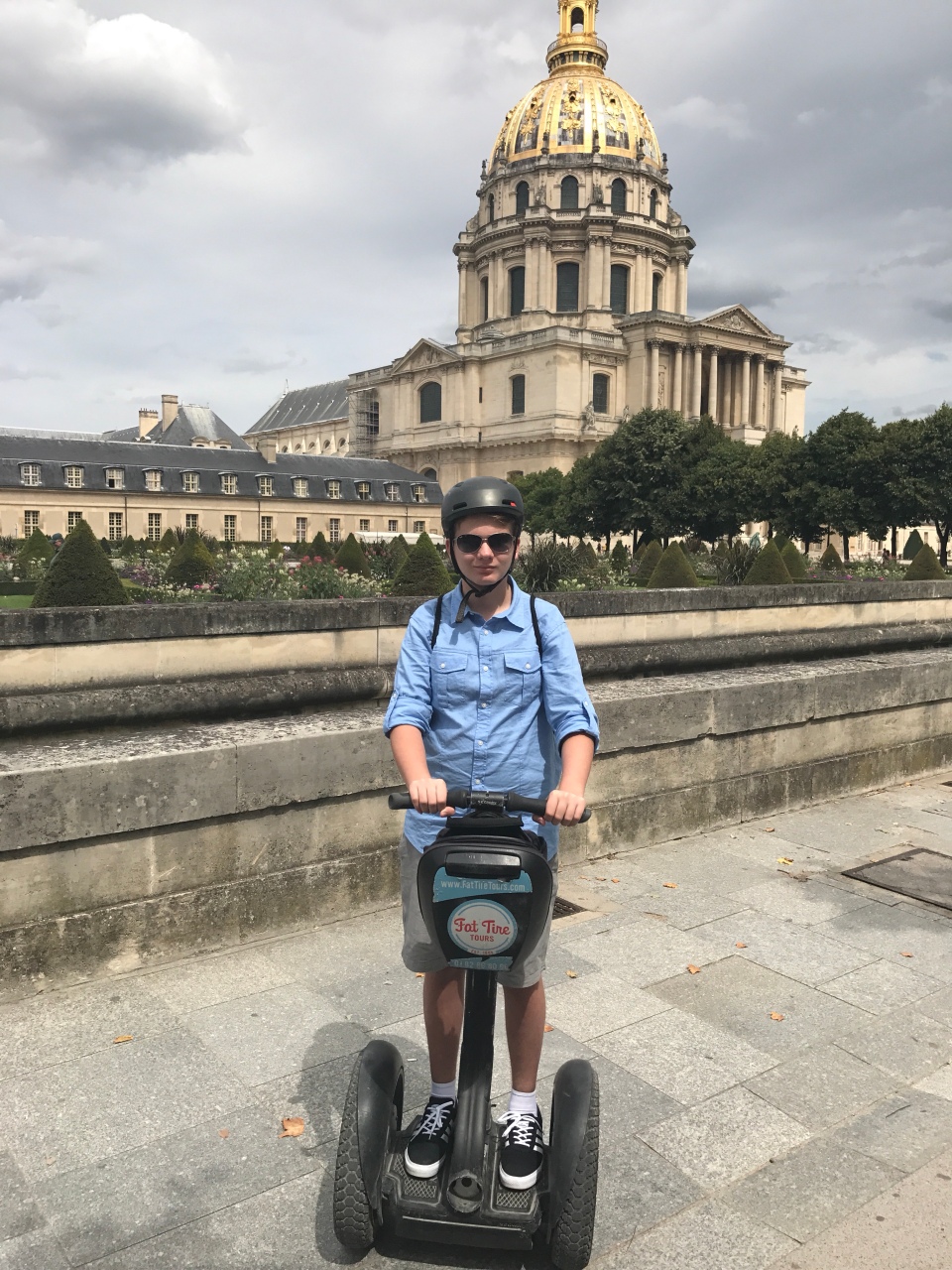 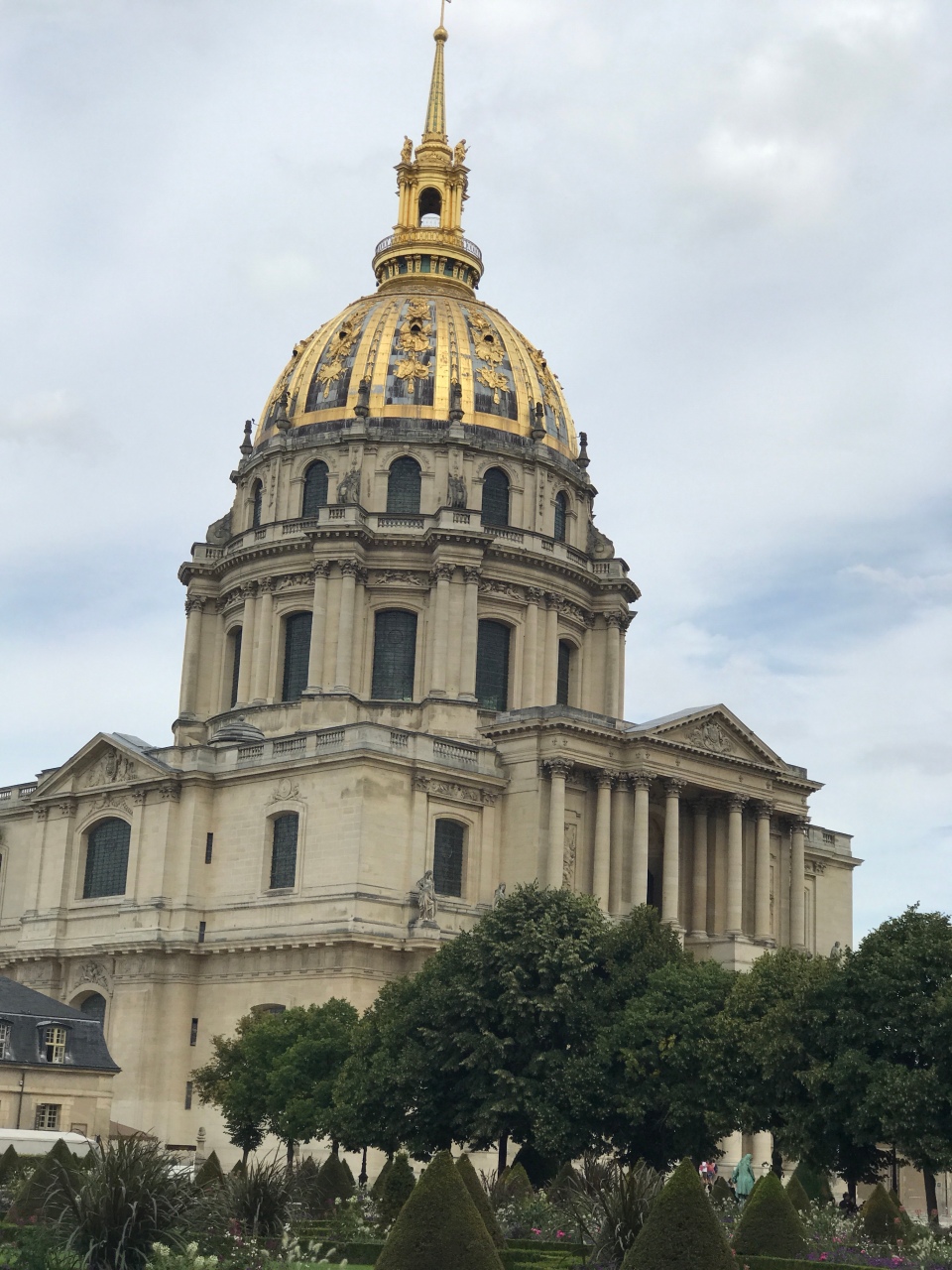 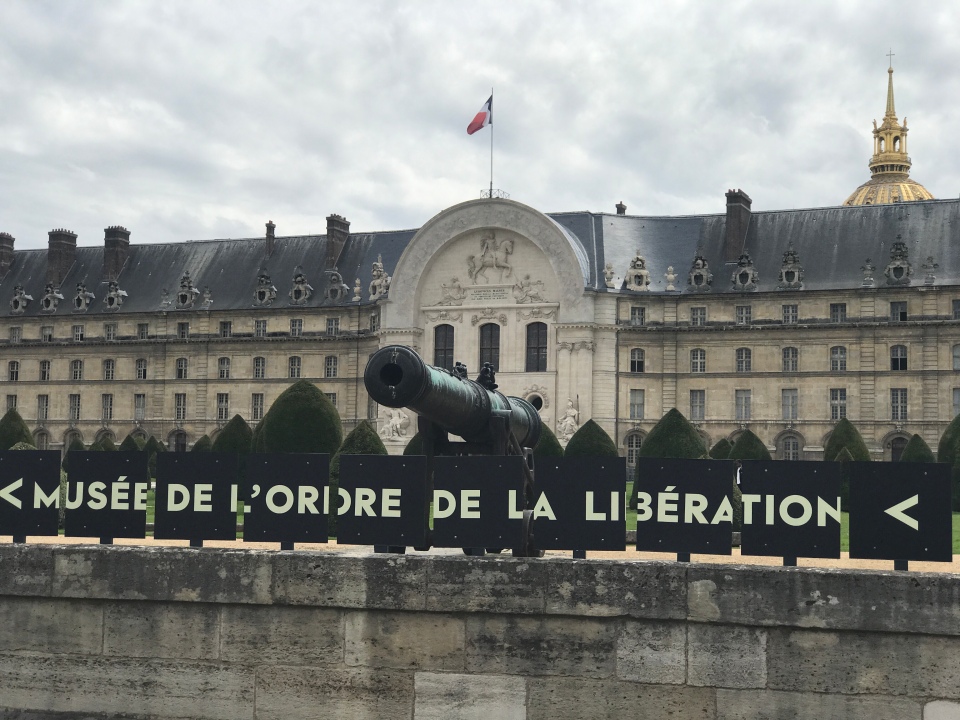 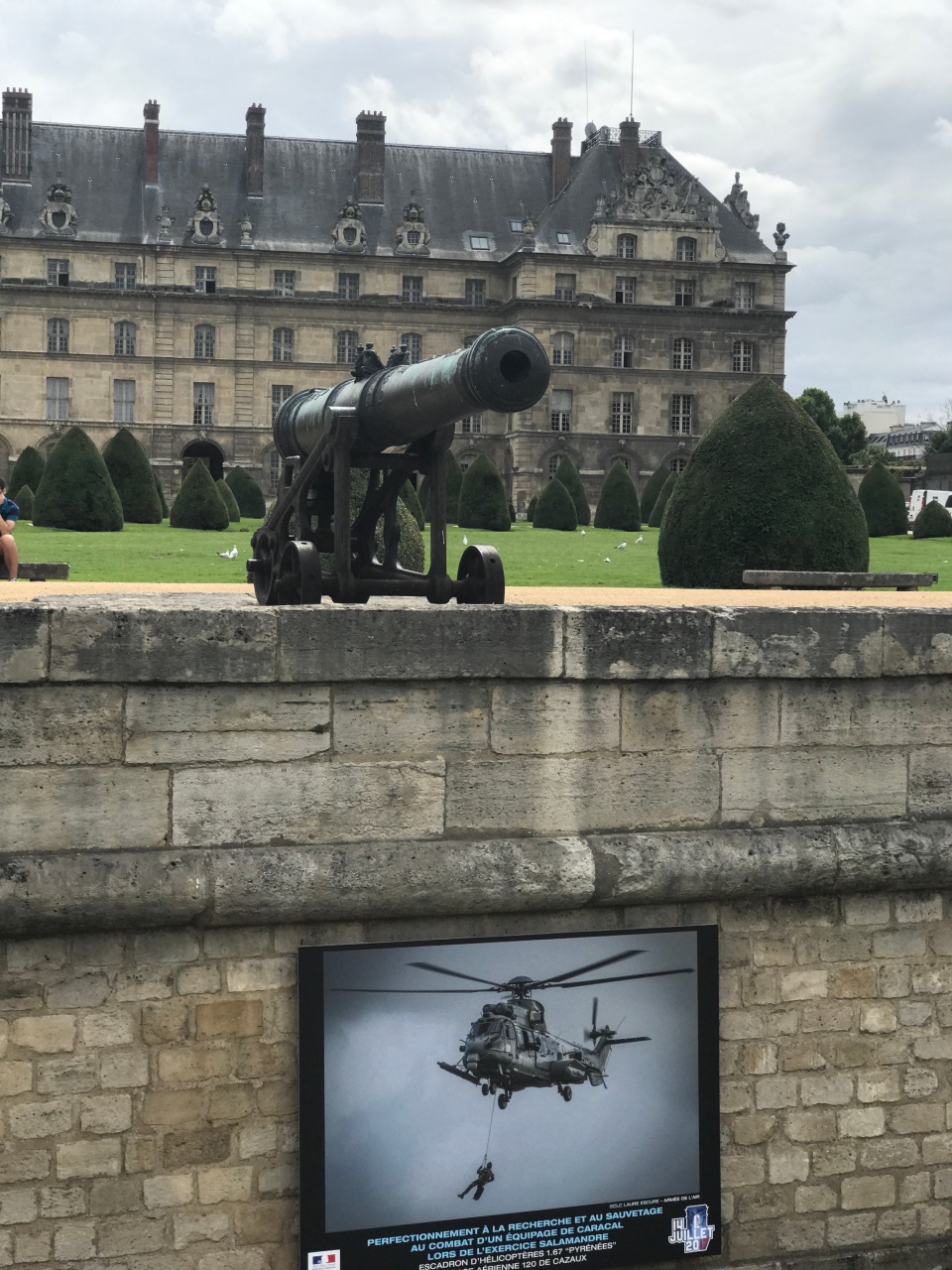 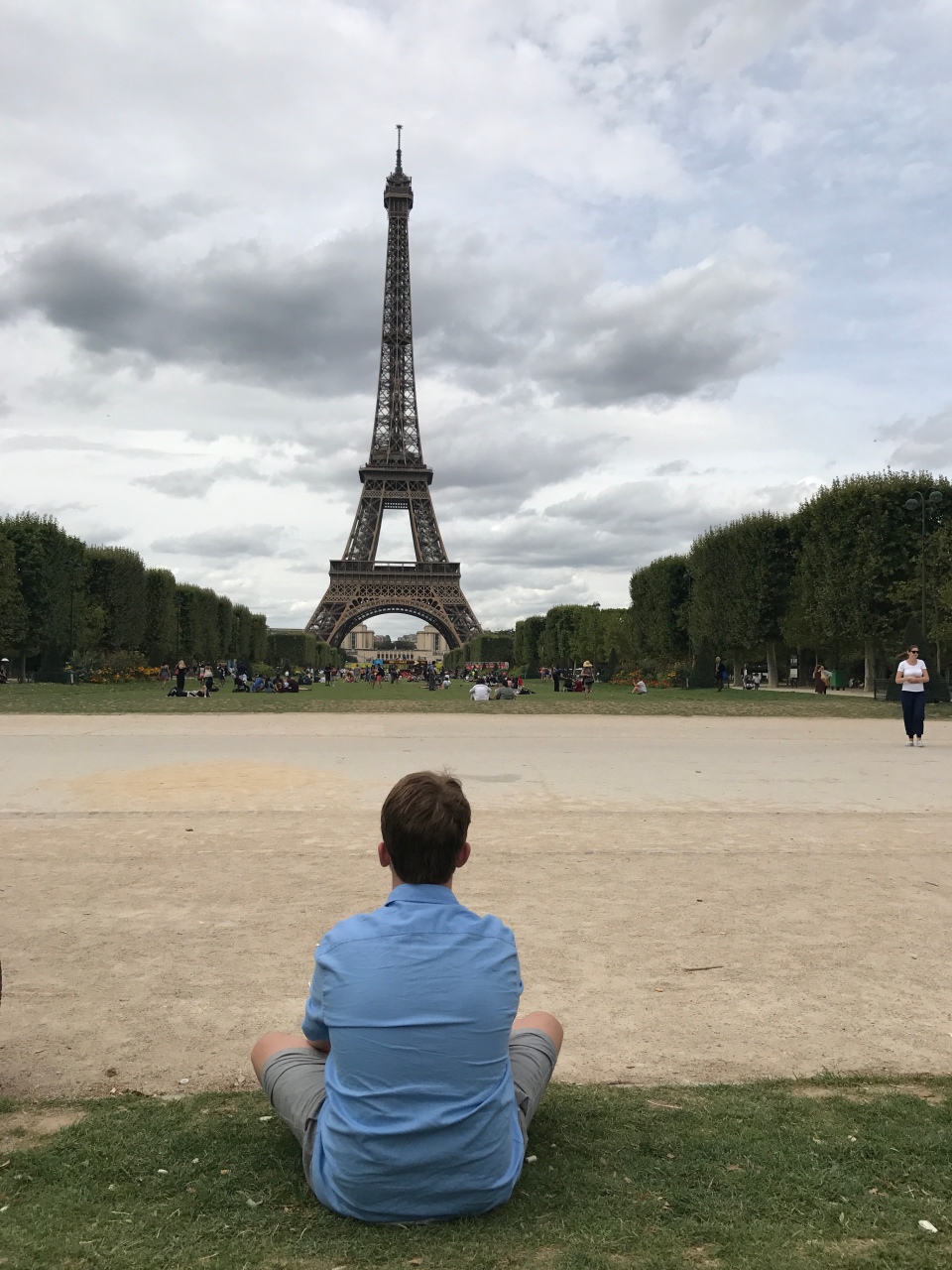 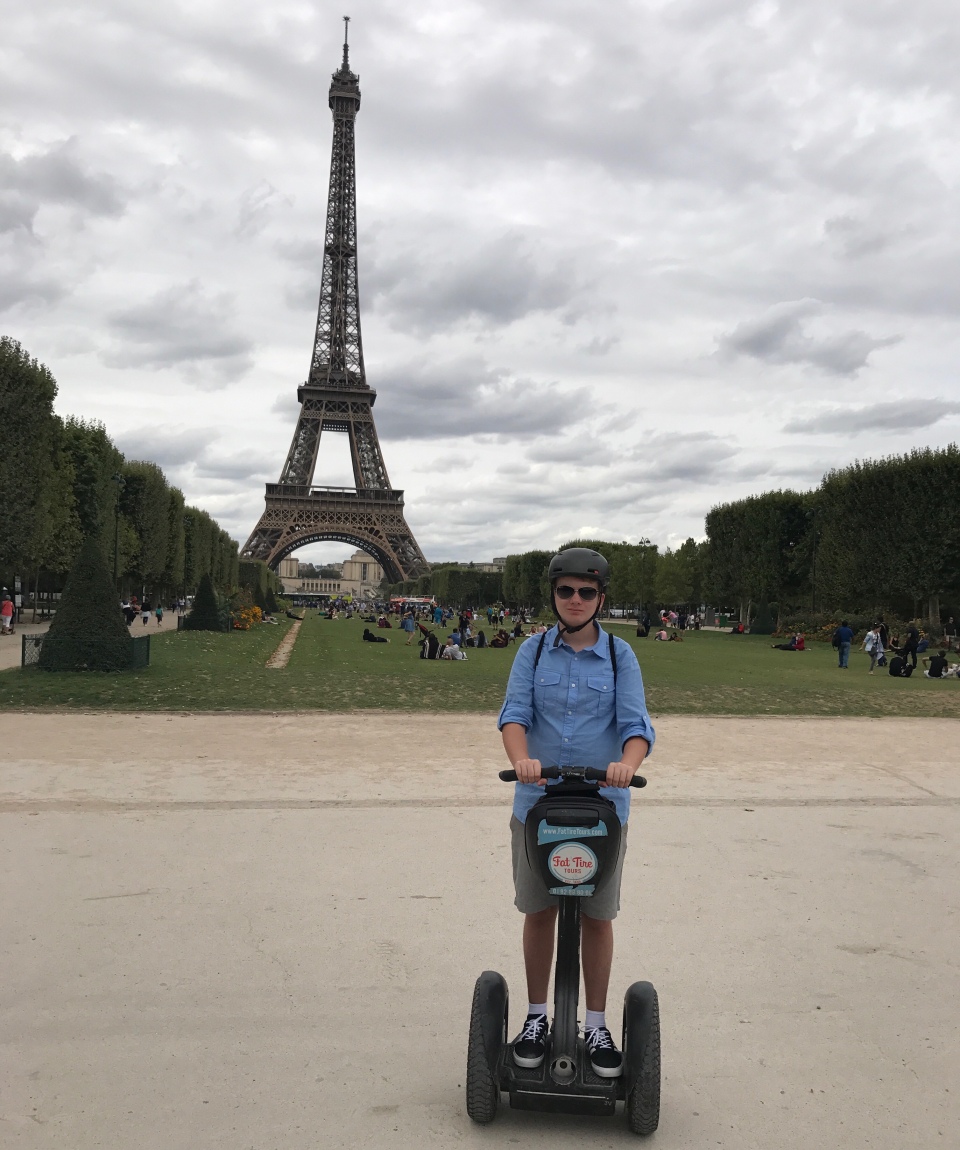 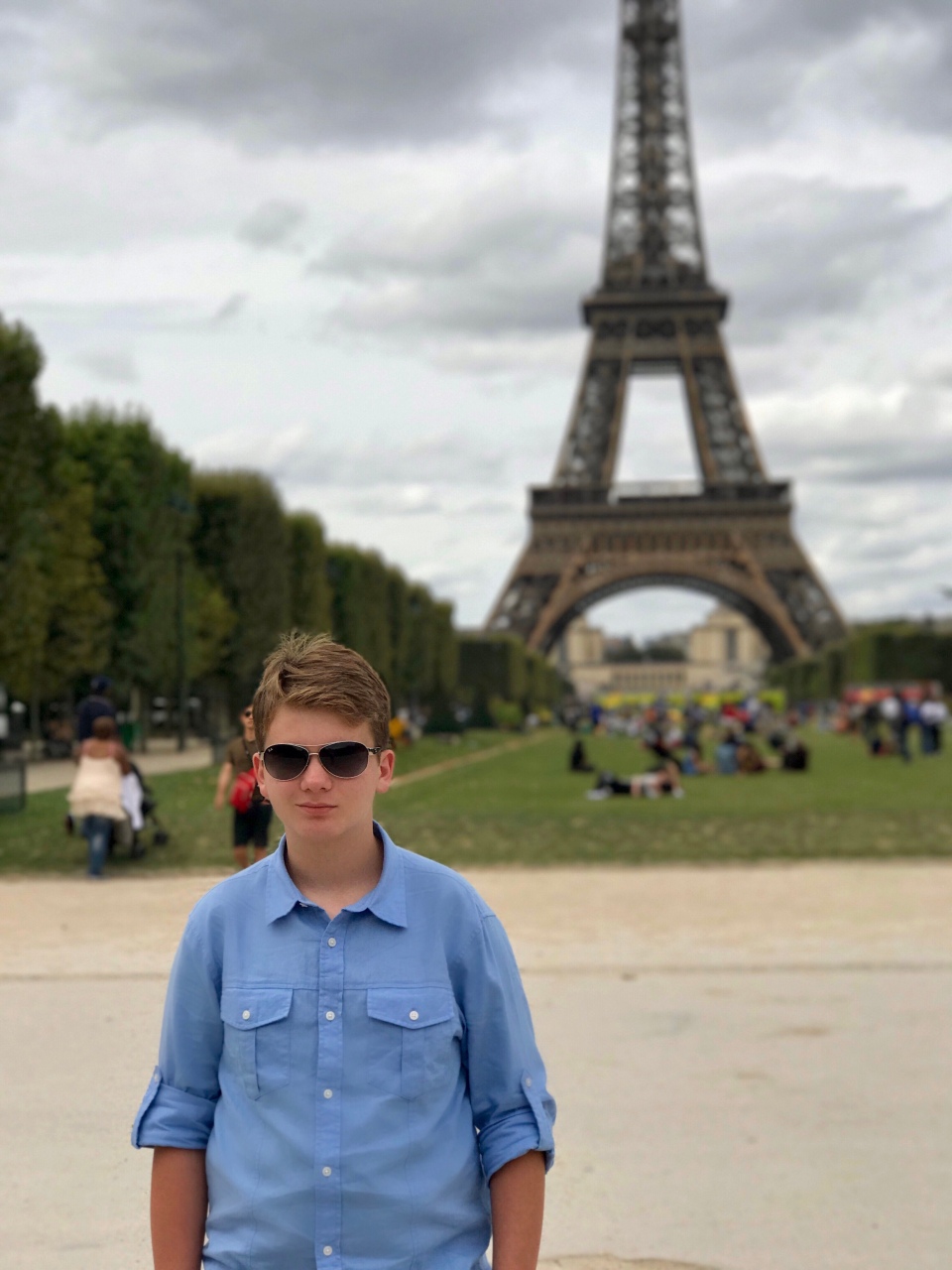 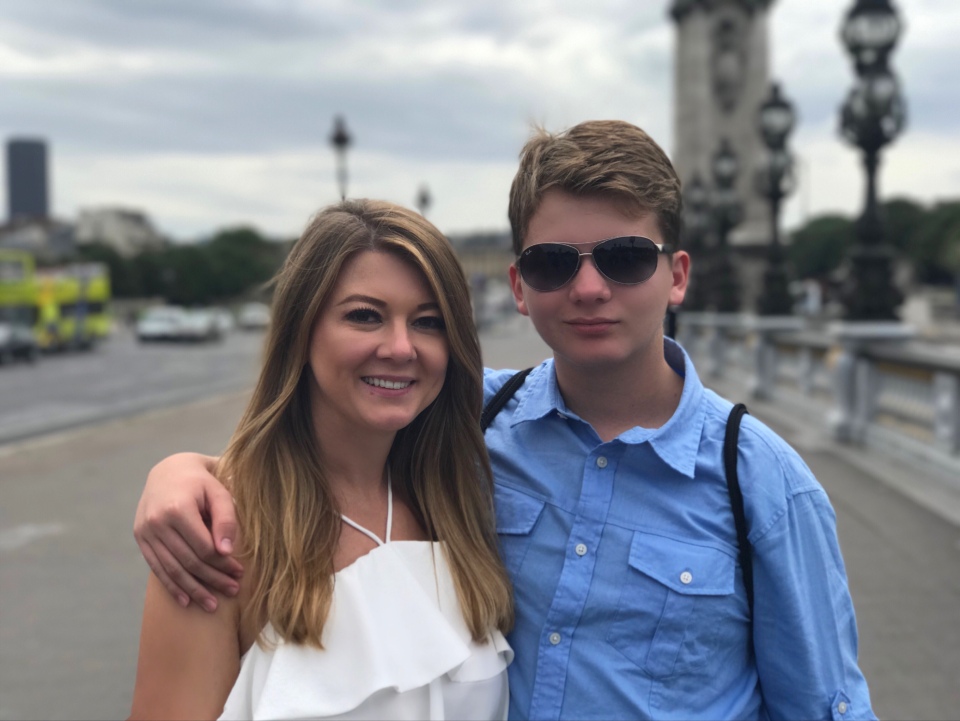 As soon as we finished with the Segway tour we caught another taxi that took us to my favorite place on Earth – Norte Dame de Paris. 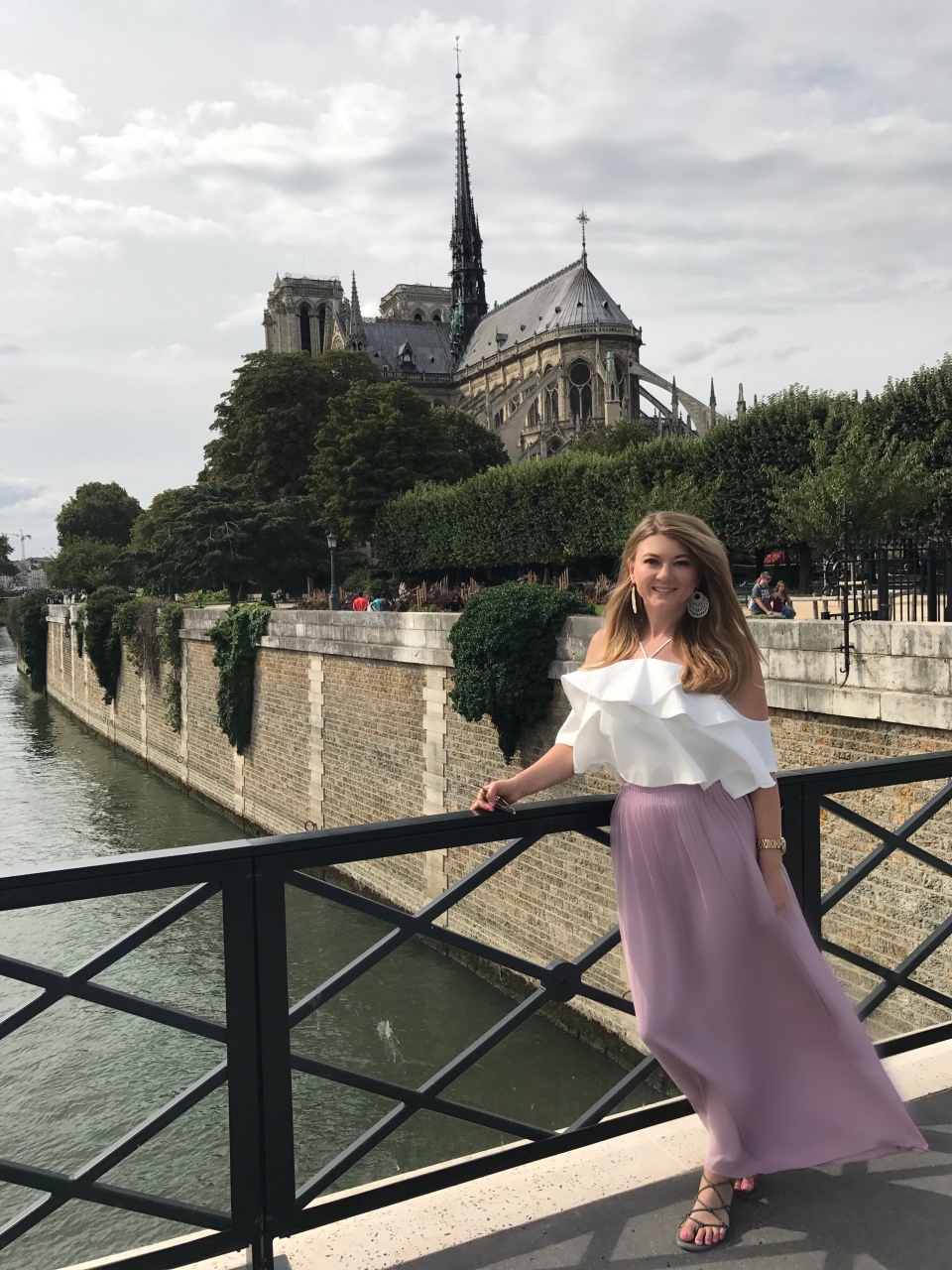 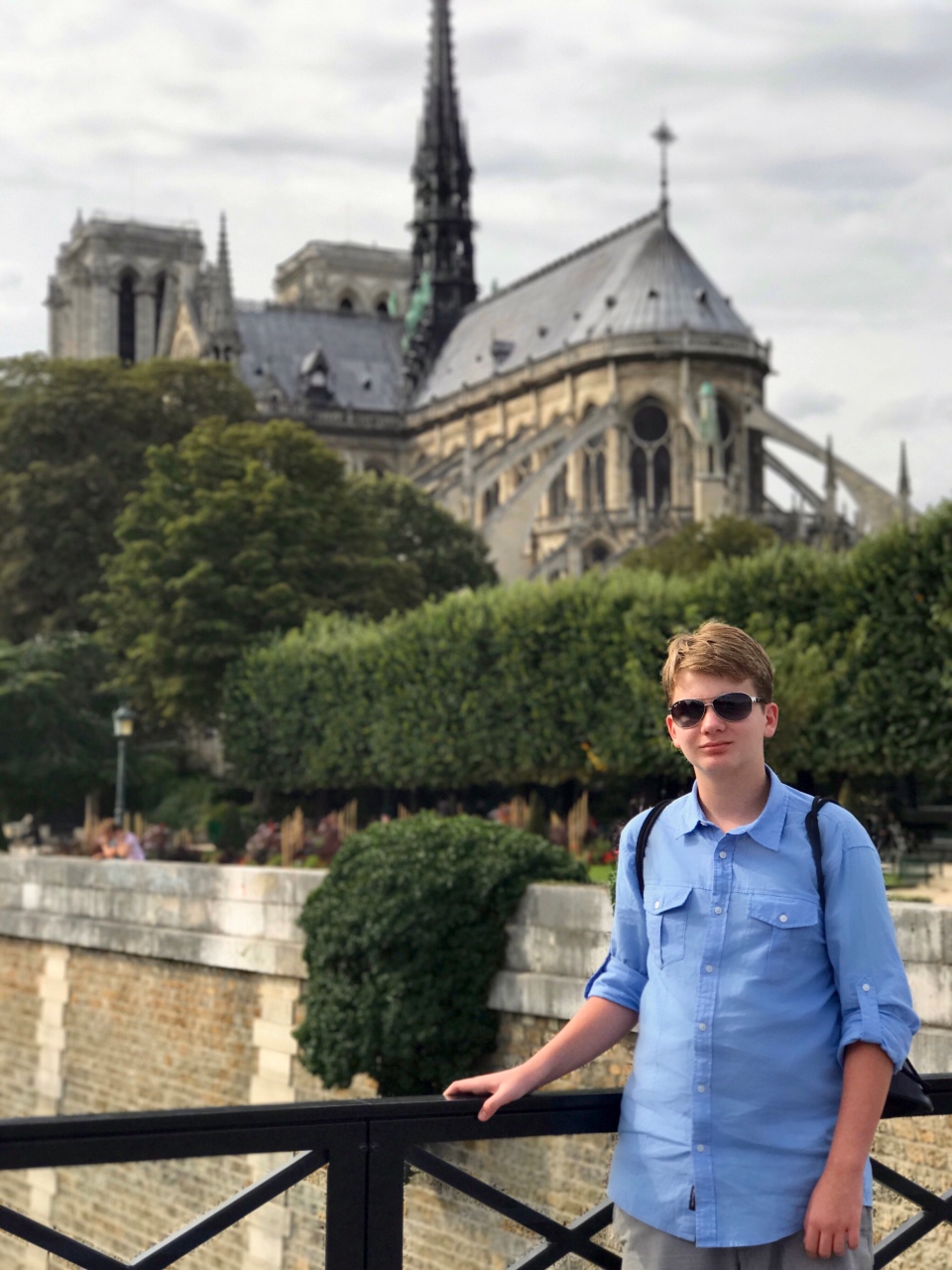 There are a lot of things you can do around the Norte Dame of Paris. We walked around the monument and visited the Jean XXIII garden. Around the cathedral you will find small cute restaurants and shops. Grab a glass of wine at one of the oldest restaurants in Paris which opened in 1594 – “Au Vieux Paris”. 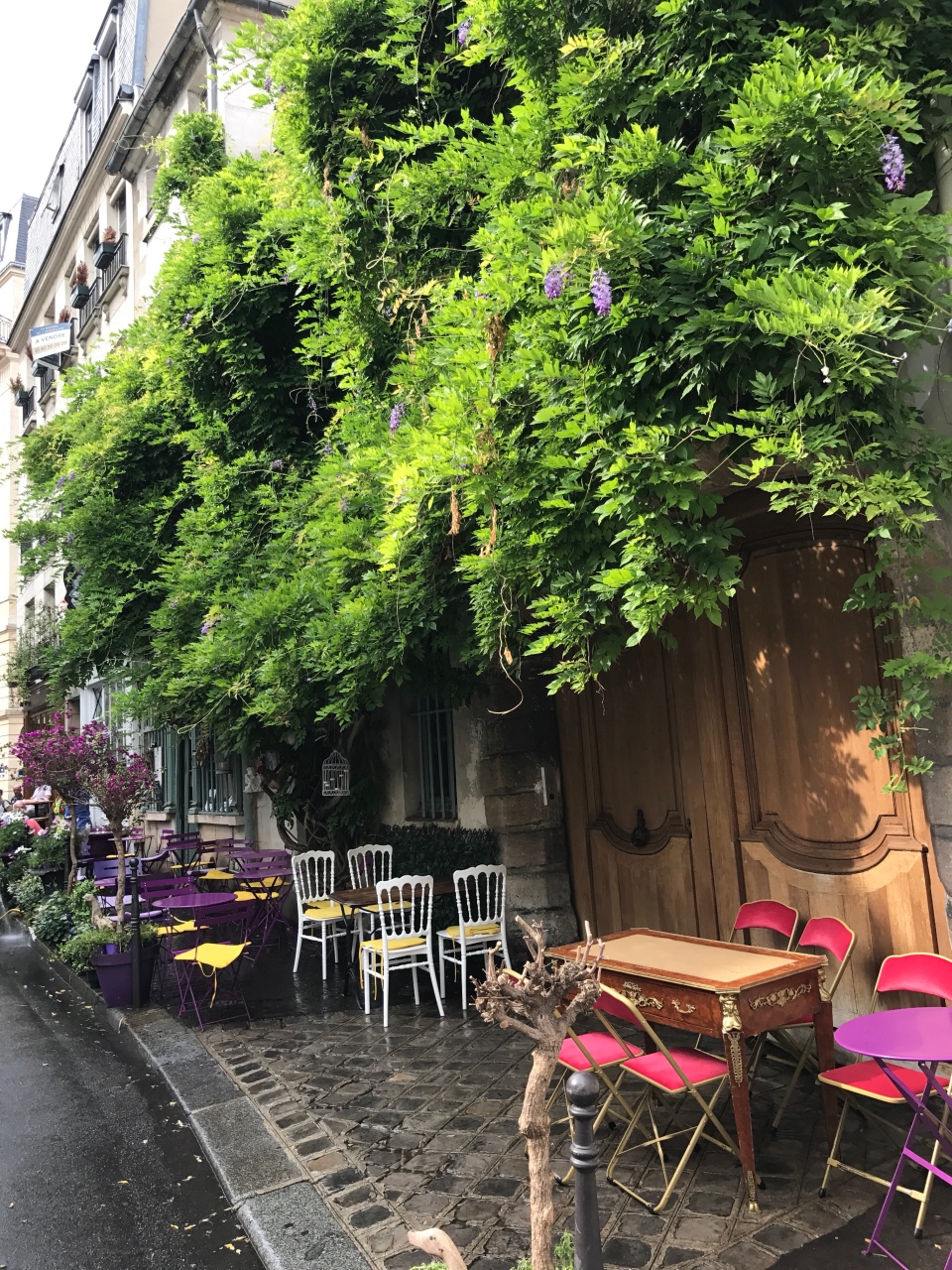 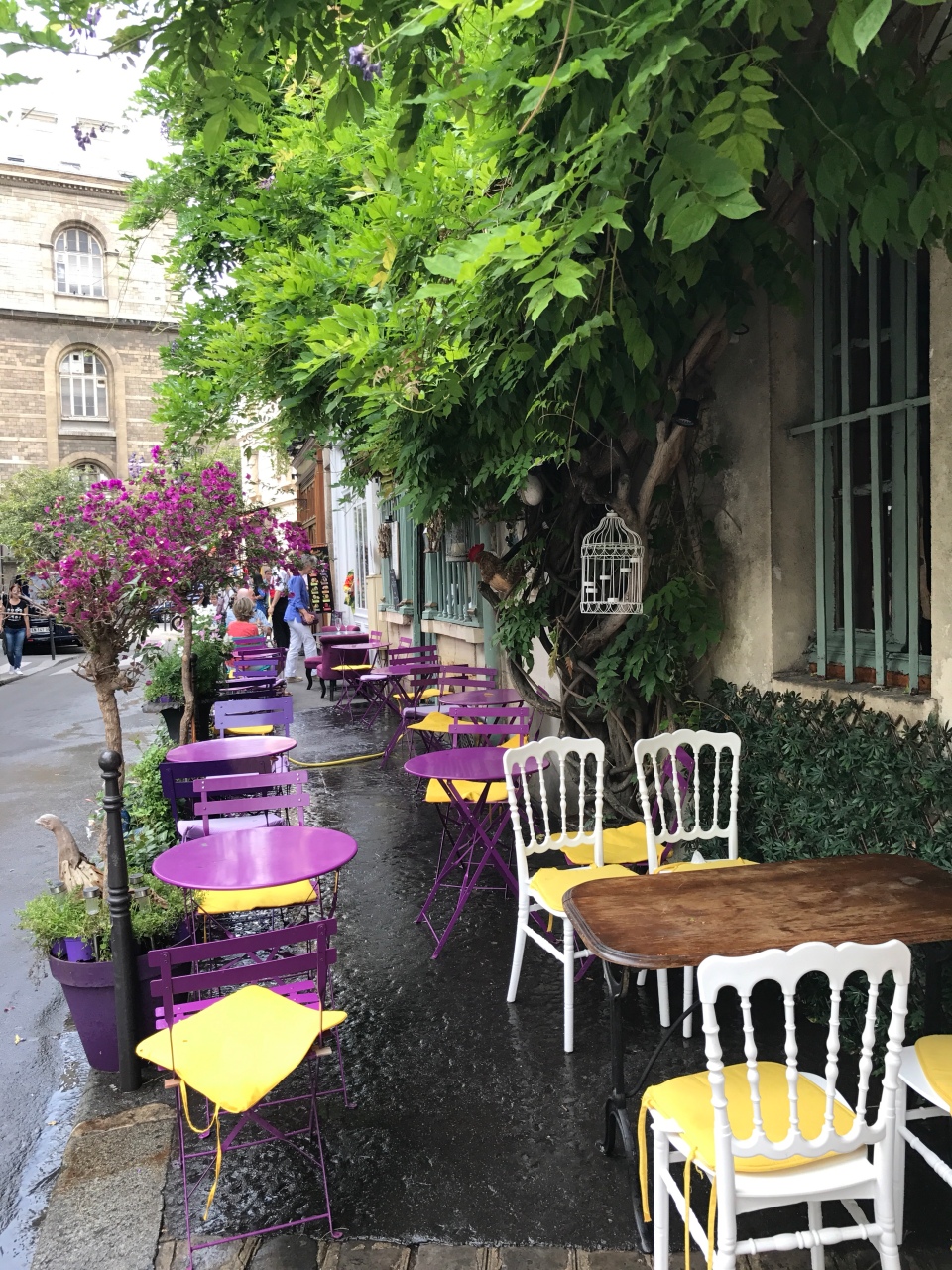 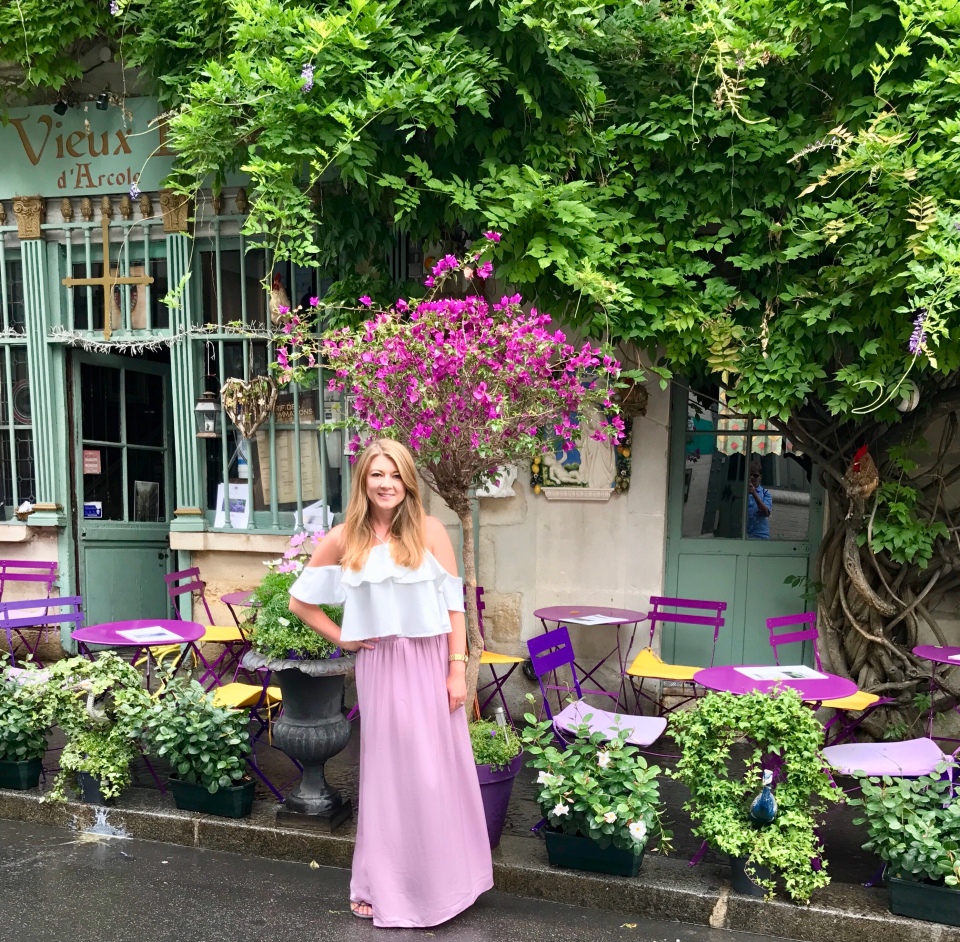 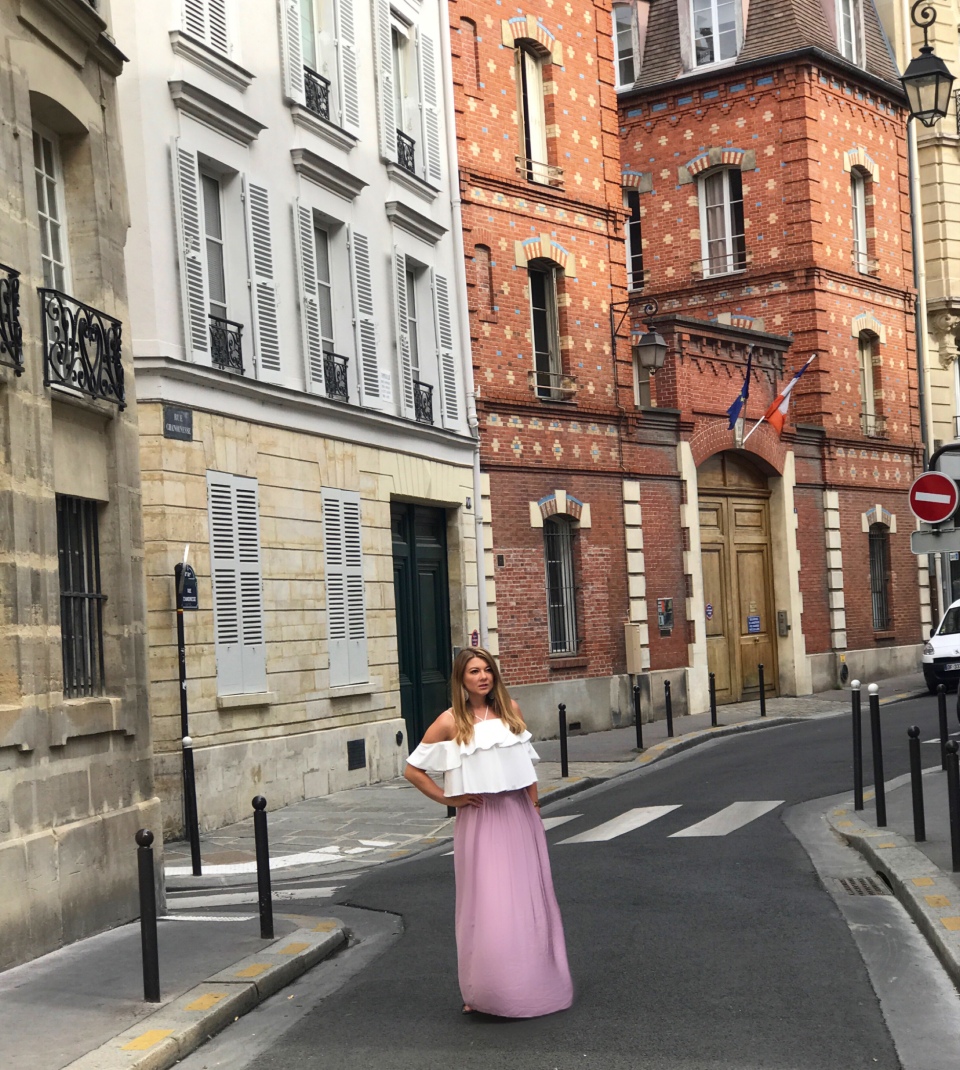 Since my son is a huge crepes lover we stopped by one of the coffee shops that sold them and while he was indulging that French covered in chocolate crepe I was sipping on my French wine (win win on my list).

The cathedral is one of the most important sights in Paris and it attracts tons of visitors from around the world. It’s free to go inside of Cathedral just prepare for long lines but they go surprisingly quick. During this particular trip we didn’t have time to visit the top but I have done it in the past and highly recommend to do this. You should arrive 30 minutes before the opening which is 10 am because the line is very long and it goes pretty slow. But the view from the top is definitely worth it – you will have 360 degrees of incredible views of Paris. You will see famous gargoyles and grotesques – we actually wished it was rainy but it wasn’t. From what I’ve heard the cathedral looks magical when all the water from the rain comes out of the gargoyles mouths. 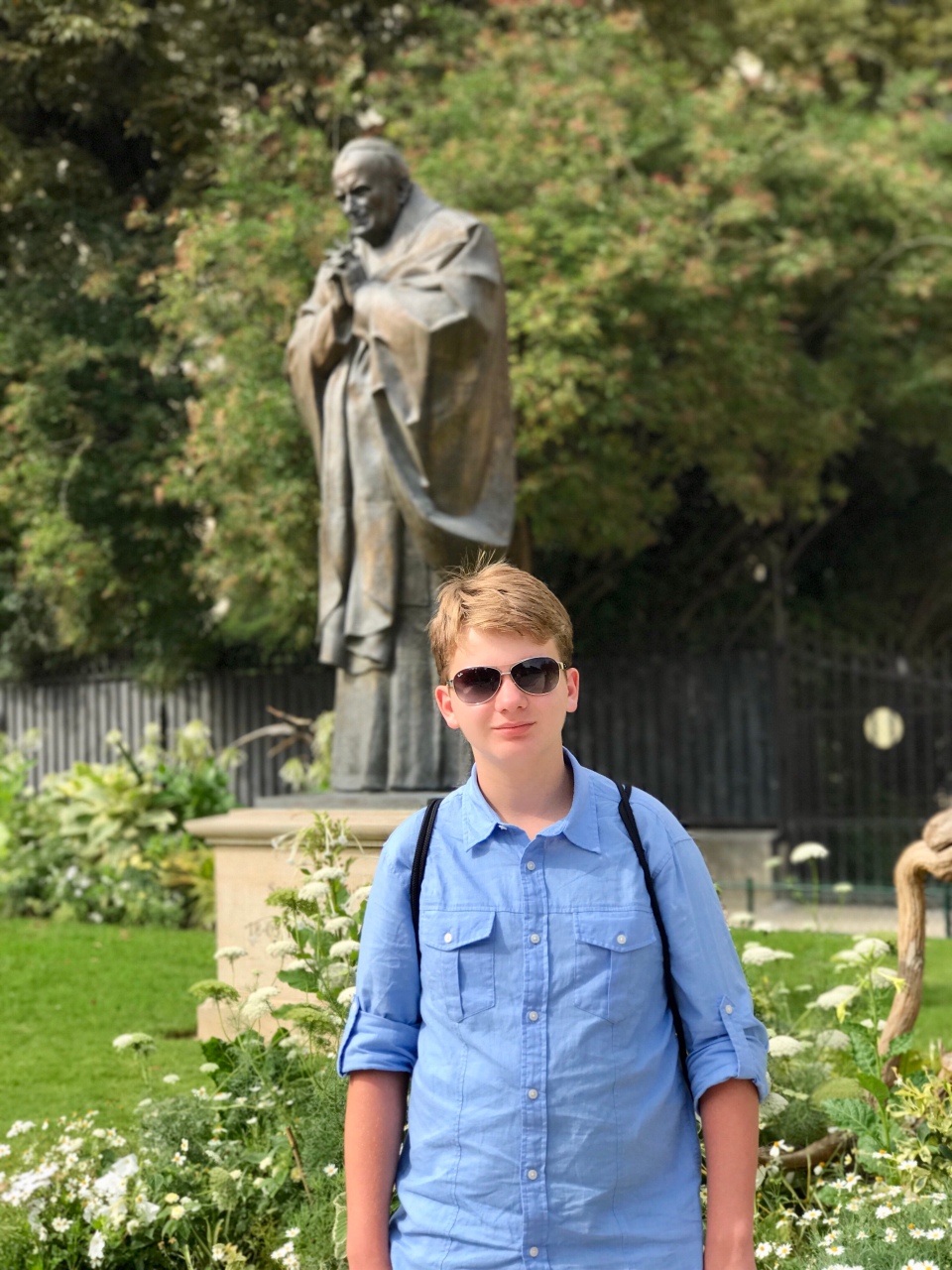 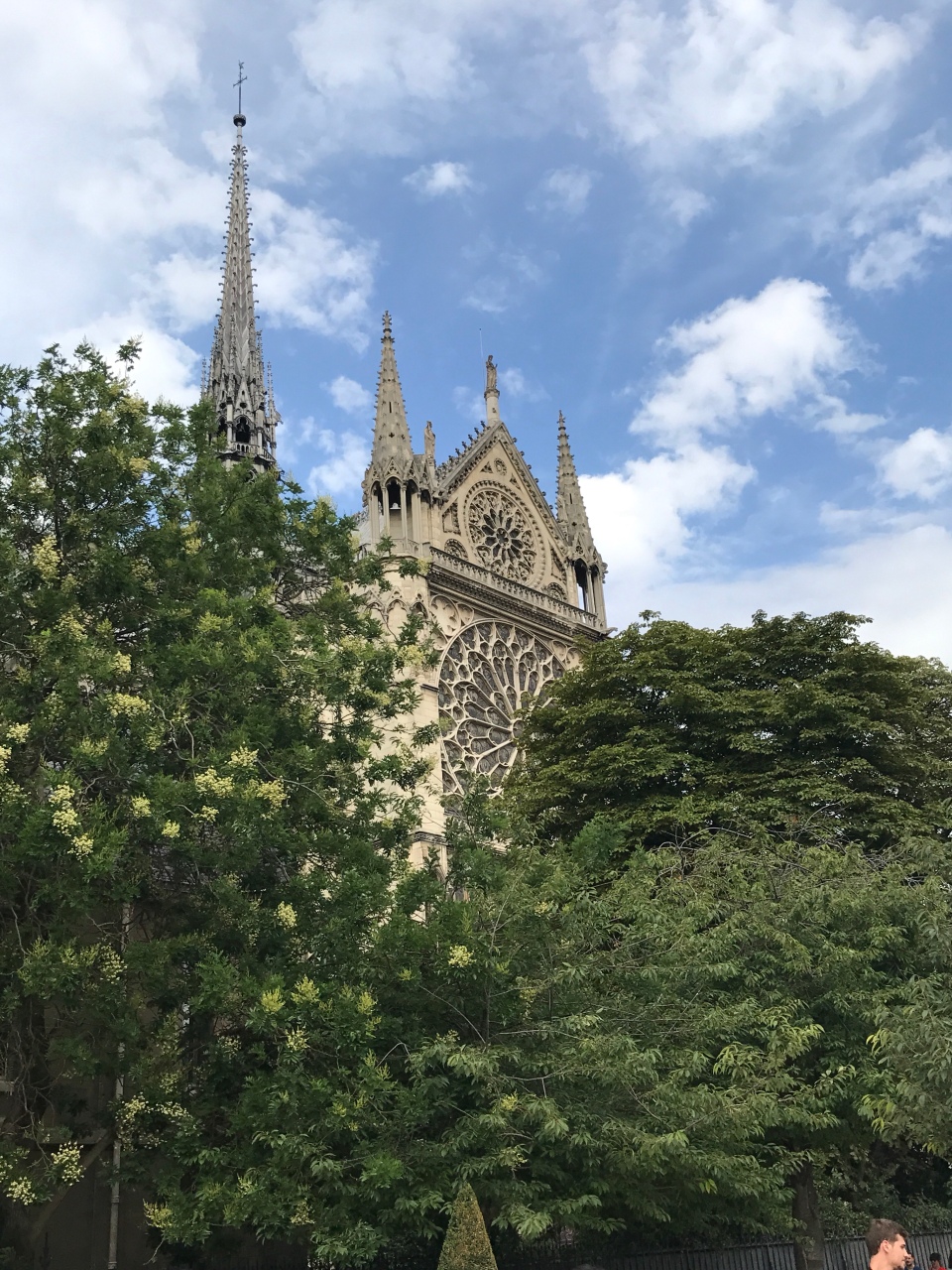 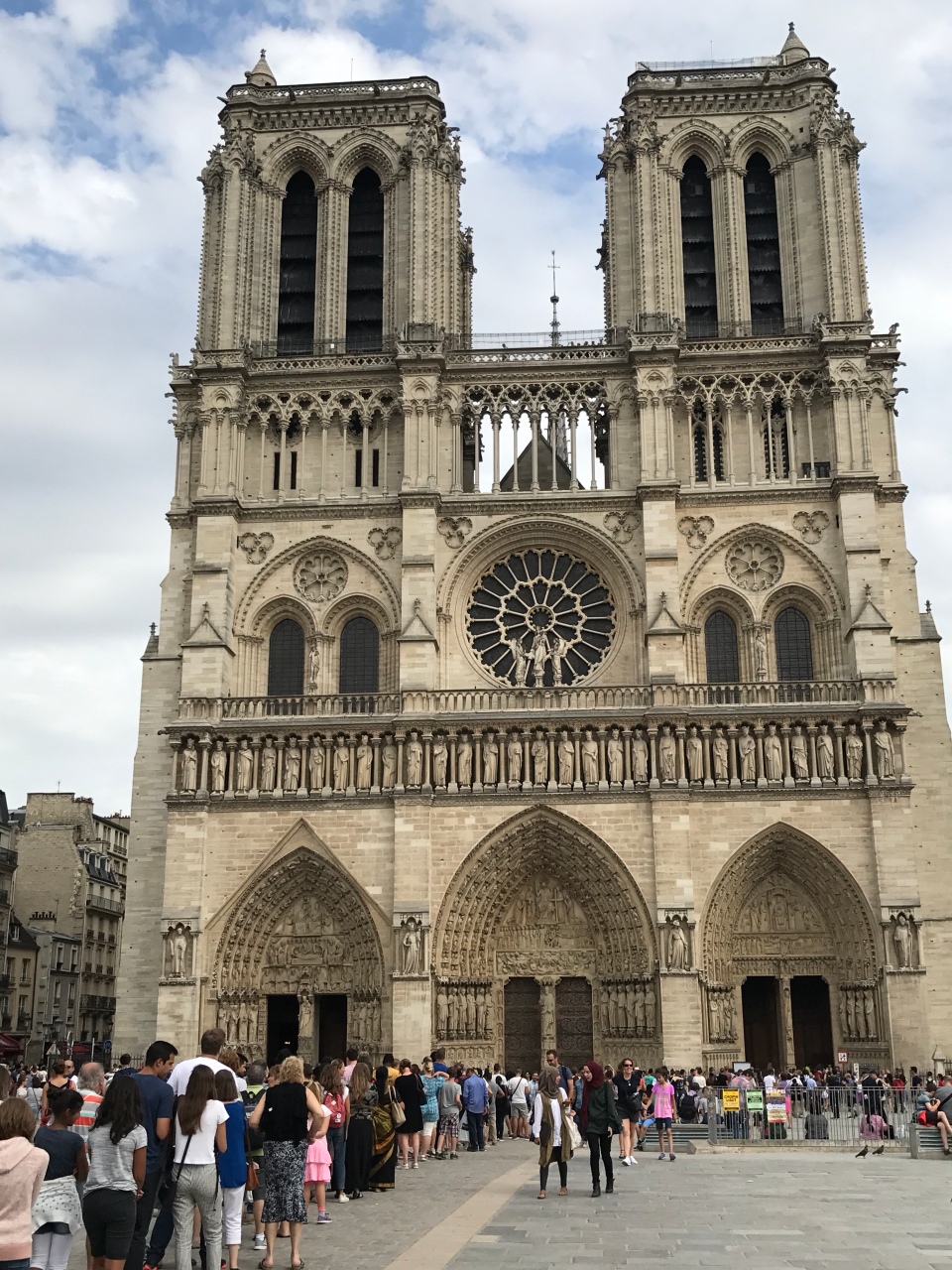 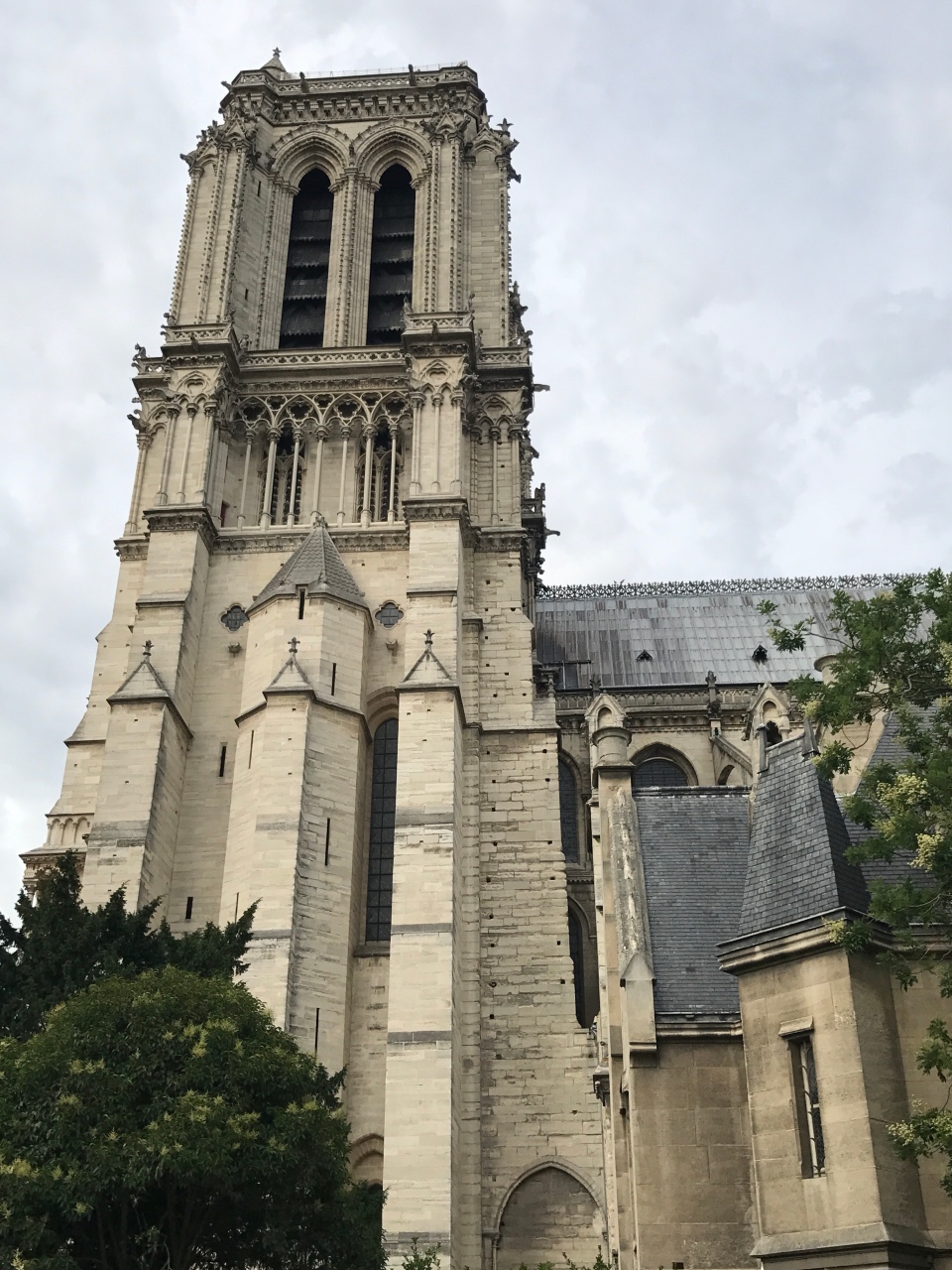 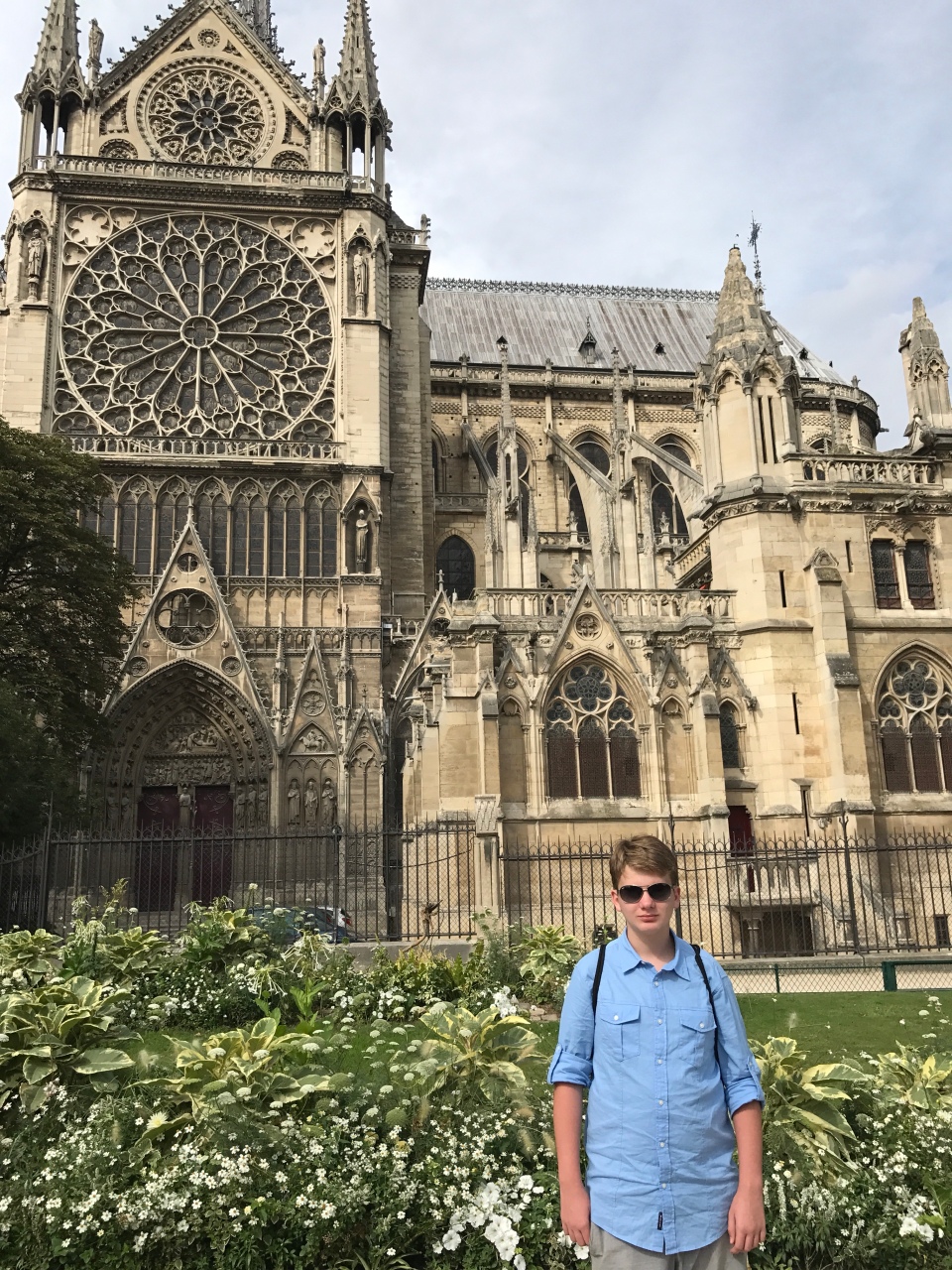 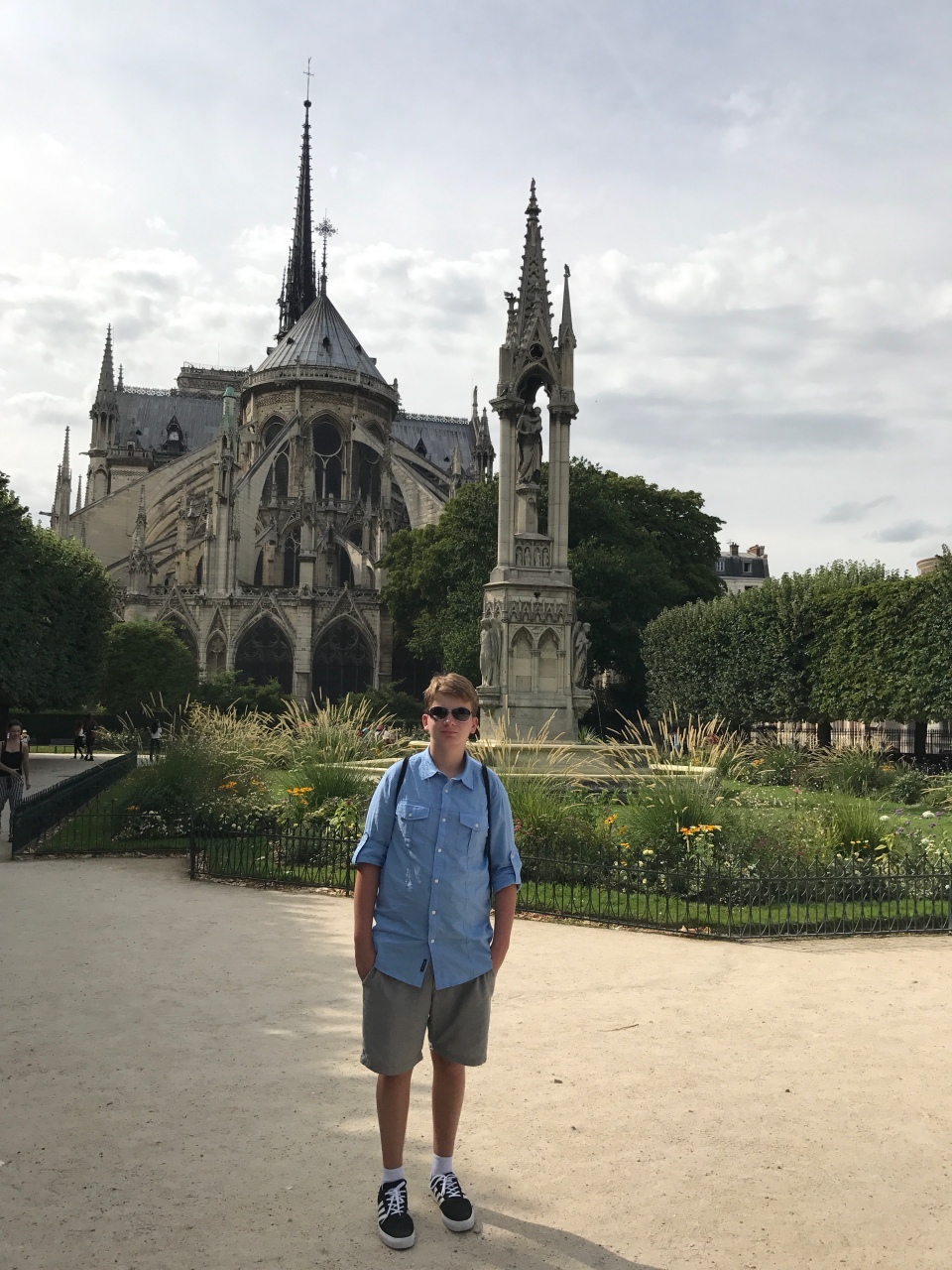 It’s always makes me sad to leave stunning Norte Dame of Paris but I was very excited to meet up with my Richmond friends who happened to be on vacation at the same time in Paris. We took a cab and met them at their apartment. While Christian charged his phone and took one hour power nap we drank some French wine and enjoyed people watching off of the little alley. Time in Paris flew by and we had to say our “see you later”. 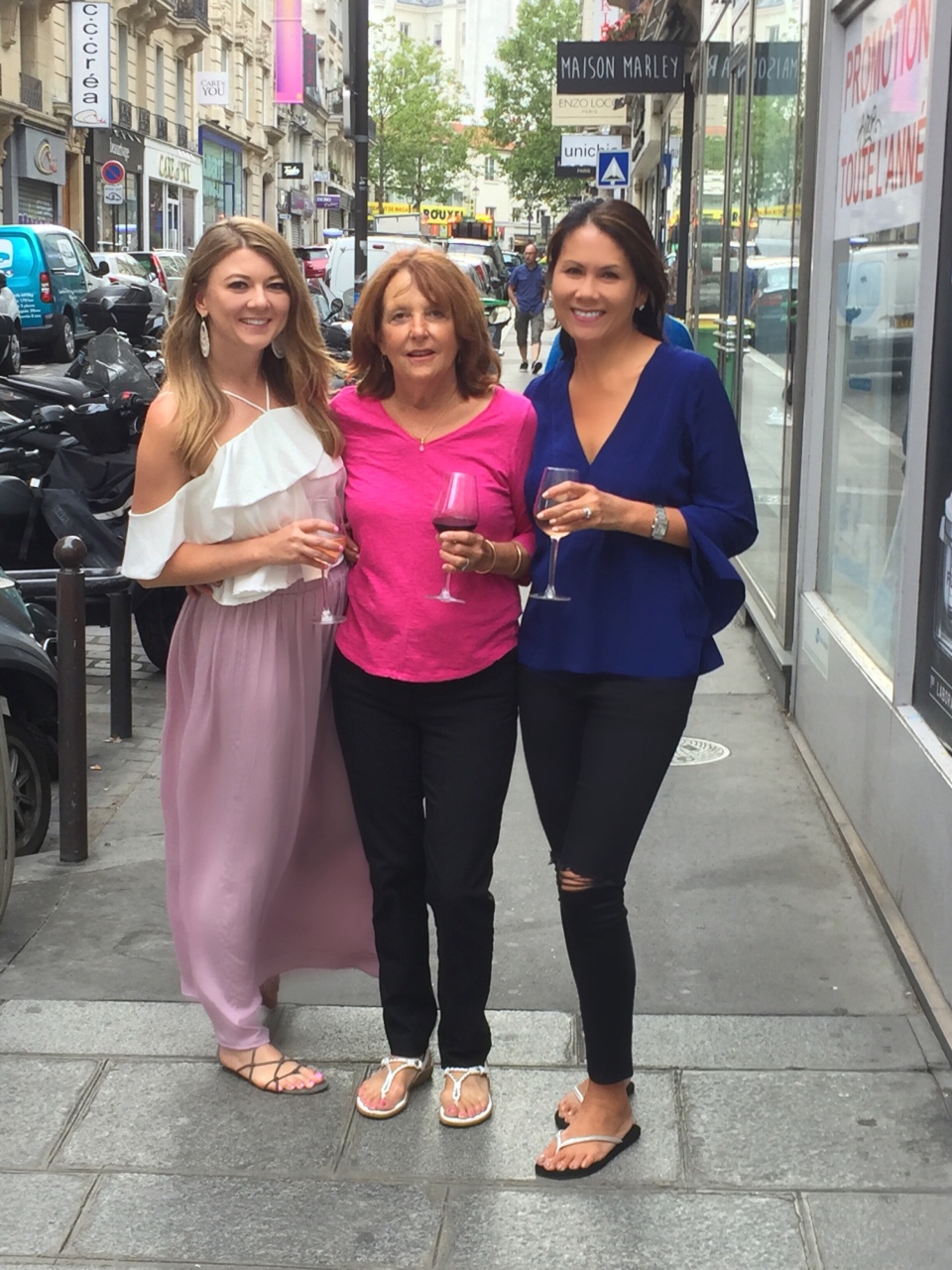 We grabbed a cab and off we went to the train station, as I mentioned above make sure you give yourself a good hour to go through boarder patrol and luggage check. After-all it’s better to be earlier than missing your train. Also remember there is one hour difference in time (Paris one hour ahead of London). So our train was departing close to 9:00 pm but we arrived in London around 10:00 pm which wasn’t too bad.

Of course you don’t get to see everything in one day trip but it surely gives you a taste of Paris. As for me any opportunity I get to visit Paris I would take it even if its only for a short period of time. 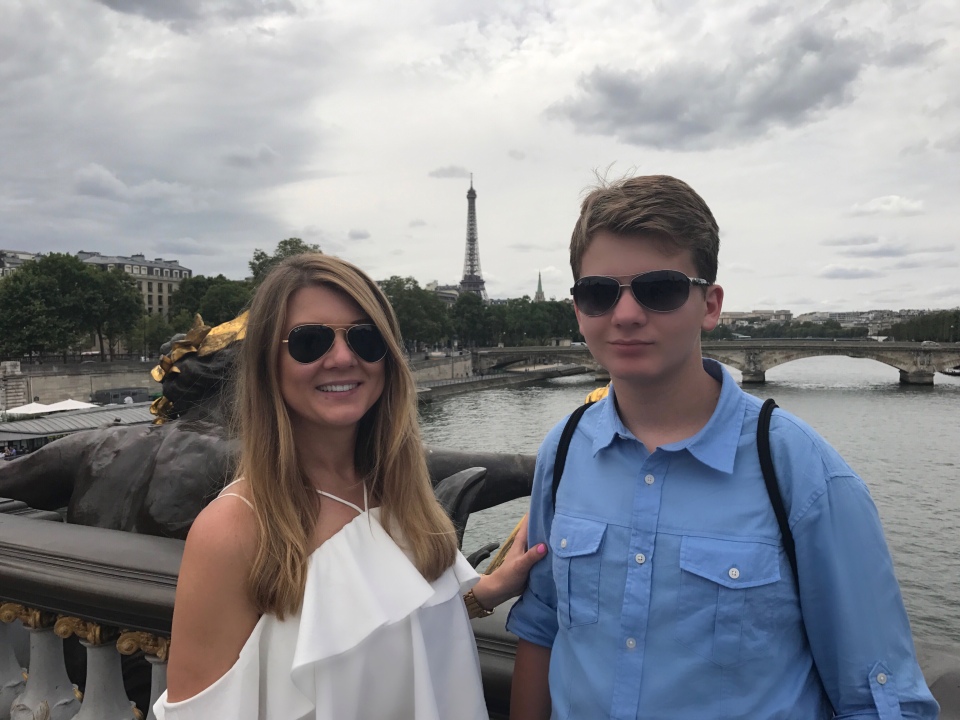 1 thought on “One day trip from London to Paris”